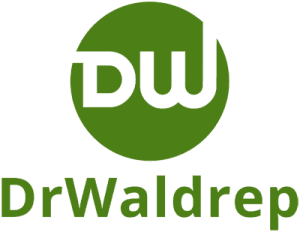 Gastric Plication is more academically known as Greater Curve Plication surgery. When we started performing this procedure it had such a variety of complicated names that we referred to it as WRAP (Weight Reduction Assistance Procedure), because we thought it would be easier for patients to remember. Plication is a relatively new technique and therefore performed by much fewer surgeons when compared to procedures such as Gastric Bypass. We have been performing this technique since 2009 and published a peer-reviewed series you can read here.

Gastric Plication (WRAP!) is performed using small incisions as wide as a drinking straw and is not like other surgical options in that it does not remove, cut, or rearrange intestines or leave a device inside – and for those reasons, we perform gastric plication (WRAP) as an outpatient / same-day procedure.

The concept of the procedure is fairly simple and requires folding the stomach in on itself using several rows of individual sutures (stitches). Plication acts to reduce several things: the space in the stomach that can hold food; the ability of the stomach to stretch to make room for more food; and the amount of food you need to feel “full”. Essentially, the plication somewhat mimics sleeve gastrectomy except it does not amputate part of the stomach as in sleeve – but these procedures are very different from each other and have much different worldwide experience.

Patients who are attracted to plication/WRAP say that they like several things about the procedure: the simple concept of folding the stomach; the fact that there is no intestinal cutting or rearranging and therefore no staple lines or re-connections that can lead to complications; no need for a foreign device to be left inside; the possibility of having it reversed if desired; and the fact that patients go home the same day after surgery. Plication may be a safer surgery because it is “less invasive” than more complicated surgeries but be aware that while people with higher BMIs should at least consider a more traditional operation like Gastric Bypass or Gastric Sleeve, not everyone is open to every option.

Plication is not widely offered by weight loss surgeons, possibly due to the experience and level of skill required to create the fold and place many sutures laparoscopically in a safe and efficient matter. The American Society for Metabolic and Bariatric Surgery is awaiting more data before including it in their recommendations. We have contributed to the literature, and you may review it here.

Like several weight loss surgeries, traditional guidelines, supported by older literature and the insurance industry, recommend that you have a BMI (body mass index) higher than 40, or as low as 35 if you have health problems related to being overweight. There are surgeons who will perform some weight loss surgery for patients with BMI of 30 or higher with or without related health conditions. Weight loss surgery of any type is a serious consideration, and all options should be discussed carefully with your surgeon.

Because of the design of this particular surgery, we generally offer it to patients with BMI as low as 30 and do not require associated co-morbidities; you should understand that use of some procedures for lower BMI patients may be considered “off label” and should be discussed carefully with your surgeon.

In considering weight loss surgery, you will be carefully evaluated by your surgeon, and you will be fully advised of the considerations and risks involved. You should also have a general health assessment by your primary care doctor who can make sure you have no other health problems that need to be addressed and you are prepared to have anesthesia and surgery.

Gastric plication (WRAP) surgery is performed under general anesthesia, so you will be safely and comfortably asleep. The surgery is performed through 5 incisions about as wide as a drinking straw. Gastric plication typically takes about 90 minutes to perform. Patients are able to return home after waking up in the recovery room. You may resume your normal activities as quickly as you are able and most patients in our experience are back to work by two weeks. Your surgeon can discuss typical recovery courses in detail with you.

Many patients have described a “comfortable fullness”, and simply feel satisfied on much less food than before surgery. Most of our patients report feeling full on about 10% of what they used to eat during the first six months after surgery; this percentage may increase in the years after surgery. Since the surgery doesn’t change anything but the shape of the stomach, technical and nutritional complications are uncommon.